If you thinking of getting a new roof you’ve probably got at least a couple of competing quotes – Good for you! Have you asked for other documentation from the contractors? Have you seen their current certificate of insurance? 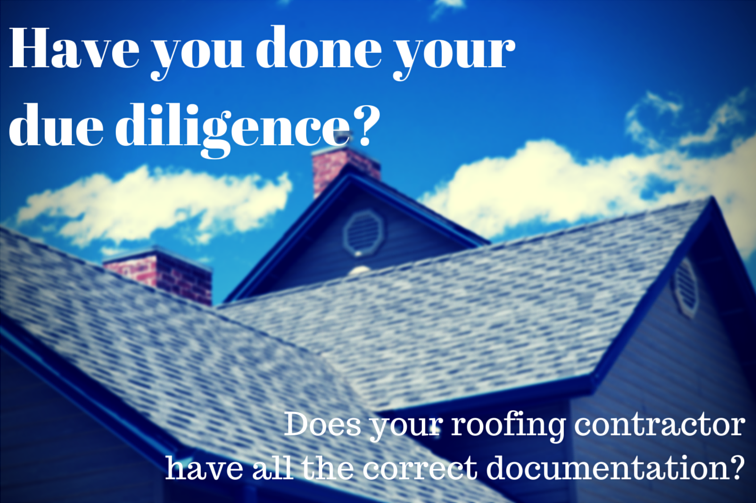 Here’s a link to a story reported by the Office of The Attorney General of New Jersey where a roofing contracting company allegedly stole someone’s identity to set up their company and then under-reported their taxes and earnings for years.

Acting Attorney General John J. Hoffman and the Office of the Insurance Fraud Prosecutor (OIFP) announced today that two Mercer County men have been arrested and indicted for stealing a Florida man’s identity in order to open a roofing business which they used as a shell company to hide $1.5 million in revenue. The shell company, Marrero Construction, Inc., also did legitimate roofing work, and allegedly underpaid its taxes by approximately a quarter-million dollars and underpaid its workers’ compensation premiums by approximately $350,000 between 2010 and 2011.

One clue that could have tripped them up earlier was the fact that their insurance certificate only covered them for “carpentry – not roofing”. Many contractors will tell you that they can do “anything” around the house but only legitimate roofing contractors will carry insurance for roofing, because its considerably more expensive than carpentry or general household modifications.

If you need help deciding between the various roofing contractors that you’ve asked for quotes, please feel free to use our contractor’s checklist and make sure they stack up to the roofing experts at George J Keller & Sons, LLC.

If you live in the Northern New Jersey area and looking for roof repair or replacement, you should hire us for all of your roof replacement needs. We have been in the roofing business since 1980. Call today for your Free estimate: 973-927-0963

What does being a GAF Master Elite Roofing Contractor mean?

How Much Does a New Roof Cost?

What kind of siding is best for your climate?