Homeowners searching for a reputable New Jersey roofing contractor face a daunting task, as it can sometimes seem like there are more disreputable roofers in this state than trustworthy ones! While we can’t tell you for sure whether that’s true, we can help you weed out those roofers that you may want to think twice about hiring. Luckily, the Internet offers discerning customers a means of identifying home-improvement contractors that have been fined or penalized for violating major laws or safety regulations. We’ve pulled together the most recent announcements over the last few years that expose the misdeeds of unscrupulous New Jersey roofing contractors as well as other types of home-improvement companies. 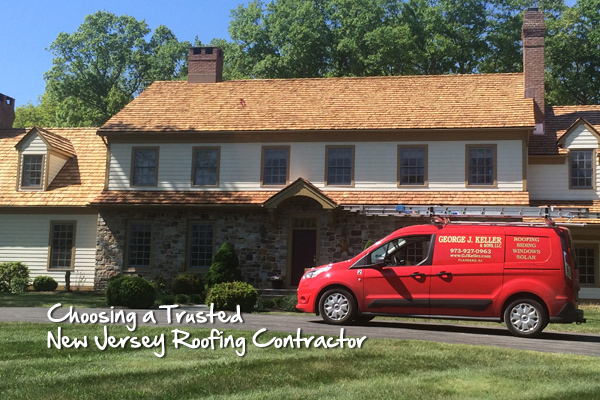 The enforcement efforts netted $481,477 in consumer restitution and civil penalties during the quarter, the division said. In all of 2015, a state crackdown led to violations against 223 contractors and more than $2.56 million in restitution and penalties.

“Through our year-long enforcement efforts we have been able to return significant amounts of restitution to consumers allegedly cheated by contractors who took money for jobs that were left undone, or completed unsatisfactorily,” Acting Attorney General John J. Hoffman said in a statement.

NEWARK — They walked out on jobs, didn’t bother showing up at all, or left behind shoddy work, officials say. Now they’re paying the price.

More than 100 contractors throughout the state last year were fined for ripping off homeowners, including victims of Hurricane Sandy, state Attorney General Christopher S. Porrino and the Department of Community Affairs announced Wednesday.

The 136 notices will mean penalties totaling $483,360 and restitution of $1.42 million. In addition to the citations, the state’s Division of Consumer Affairs is suing contractors in Ocean and Atlantic counties over work related to Superstorm Sandy repairs.

OSHA has cited Eastern Contractors LLC for exposing employees to falls and other safety hazards at a worksite in Paterson, N.J. following the death of a worker who fell.

OSHA said it initiated an investigation in October 2018 after the Paterson Police Dept. notified the agency that an employee suffered a fatal fall during roofing removal and replacement work.

Agency inspectors determined that the company exposed employees to fall hazards, and failed to cover roof openings, provide a fall protection system, and train workers on safety hazards present at the worksite. The citations indicate workers were about 17 feet above the ground and the violations occurred between Oct. 26 and Oct. 30.

A local roofing contractor has been fined more than $221,000 by federal officials for allegedly exposing employees to dangerous falls and asbestos while performing residential demolition work in the county.

The U.S. Department of Labor’s Occupational Safety and Health Administration announced the fine for the Hewitt-based contractor, John Prevete Framing LLC, on Wednesday. The penalties stem from an Oct. 2, 2017, OSHA inspection, records show.

The inspection, which followed a referral from the New Jersey Department of Labor and Workforce Development Administration, found violations ranging from unsafe ladder use to asbestos exposure, according to OSHA records. OSHA previously cited the contractor in 2013, 2016, and 2017.

A Hackensack roofing company has been fined more than $30,000 for alleged safety violations during construction at a Westchester, N.Y. shopping center.

Mile Square Roofing Co. Inc., received fines for three safety violations on June 19 regarding worker safety, including one that was a repeat violation, according to James Lally with the Occupational Safety and Health Administration.

Another New Jersey roofing contractor has been cited for exposing workers to falls and other hazards in southern Bergen County, the Occupational Safety and Health Administration announced Thursday as it proposed fines of more than $112,000.

Hackensack Roofing Co. was cited after inspections in East Rutherford and Wallington, the agency said in a news release.

OSHA said it inspected a site in East Rutherford on Oct. 18 after inspectors observed employees working on a roof on Carlton Avenue without fall protection. The Wallington inspection was opened in November in response to a complaint alleging fall hazards at the site, the release said.

Do Your Research on New Jersey Roofing Contractors!

So, how can you vet a New Jersey roofing contractor before you sign a contract? Google the company and see what comes up. If a violation comes up, it’s not necessarily an immediate red flag. Consider: how long has the company been in business, how much was the fine and what was it for, and how long ago was it? Is it the company’s only violation? If you’ve satisfied yourself with these answers, check references (and lots of them!), verify the New Jersey roofing contractor’s registration number, and carefully review the contract. And trust your gut! If it doesn’t feel right, don’t be afraid to keep looking.

If you’ve been searching for a New Jersey roofing contractor with an excellent reputation and plenty of fantastic references, look no further. George J. Keller and Sons has been in the roofing business for nearly 40 years—not just installing roofs, but instilling trust. Contact us today at 973-927-0963 to learn more or get a free estimate.

Do You Know What Roofing Material is Right for You?